Menu
Log in
Register
Install the app
You are using an out of date browser. It may not display this or other websites correctly.
You should upgrade or use an alternative browser.

When Did Humans Domesticate the Horse?

Only recently have scientists discovered exactly when and where the animal went from wild to tame.

They say dogs are man’s best friend, but horses could also claim that title.

Horses gave us a way to transport people and goods — literal horsepower. They changed warfare: drawing chariots, carrying the cavalry. They’ve inspired artists from Stone Age cave painters to the makers of “My Little Pony.” Their role in industry may have waned in favor of machines, but they still maintain a place in sport, in leisure and in our collective hearts. Horses have been intertwined with human culture since at least 2000 B.C.E. and were associated with certain human groups even earlier.

“Horses are the animal that has changed history,” says Ludovic Orlando, a molecular archaeologist at the University of Toulouse III-Paul Sabatier in France.

Today, horse breeds number in the hundreds, from the high-stepping Lipizzan horses of Austria to the Clydesdale draft horses of Budweiser commercials to the thoroughbreds of the Kentucky Derby. Despite their differences, these animals are all Equus caballus, joined in the modern equid family by donkeys, zebras and the wild Przewalski’s horses (pronounced shuh-VAL-skees) of Central Asia (though some taxonomists prefer the name Equus ferus for wild horses, and classification of Przewalski’s horses can vary).

The evolutionary path leading up to Equus is a classic model of evolution — a thoroughly documented history that graces textbooks and museum exhibits. But until lately, the route to domestication by people has been a black box. The bones of E. caballus all look pretty much the same, whether wild or domestic, so they couldn’t answer a longstanding question: Where and when did humans first domesticate horses, linking the two species on a road that would lead to horse-drawn carriages, horse-racing and so much more?

Today, a revolution in the study of DNA, from both ancient and modern creatures, is providing answers. Applying the same approach used in a landmark 2010 study of Neanderthal DNA, scientists have learned much about the history of Equus caballus. They have tracked how ancient wild horses shared genes across the Bering Strait between Asia and North America, and revealed the surprising history of Przewalski’s horse. And working with more modern samples, they have observed how recent management by people has undone much of the diversity in horse genomes, while adding a host of breed-specific features. 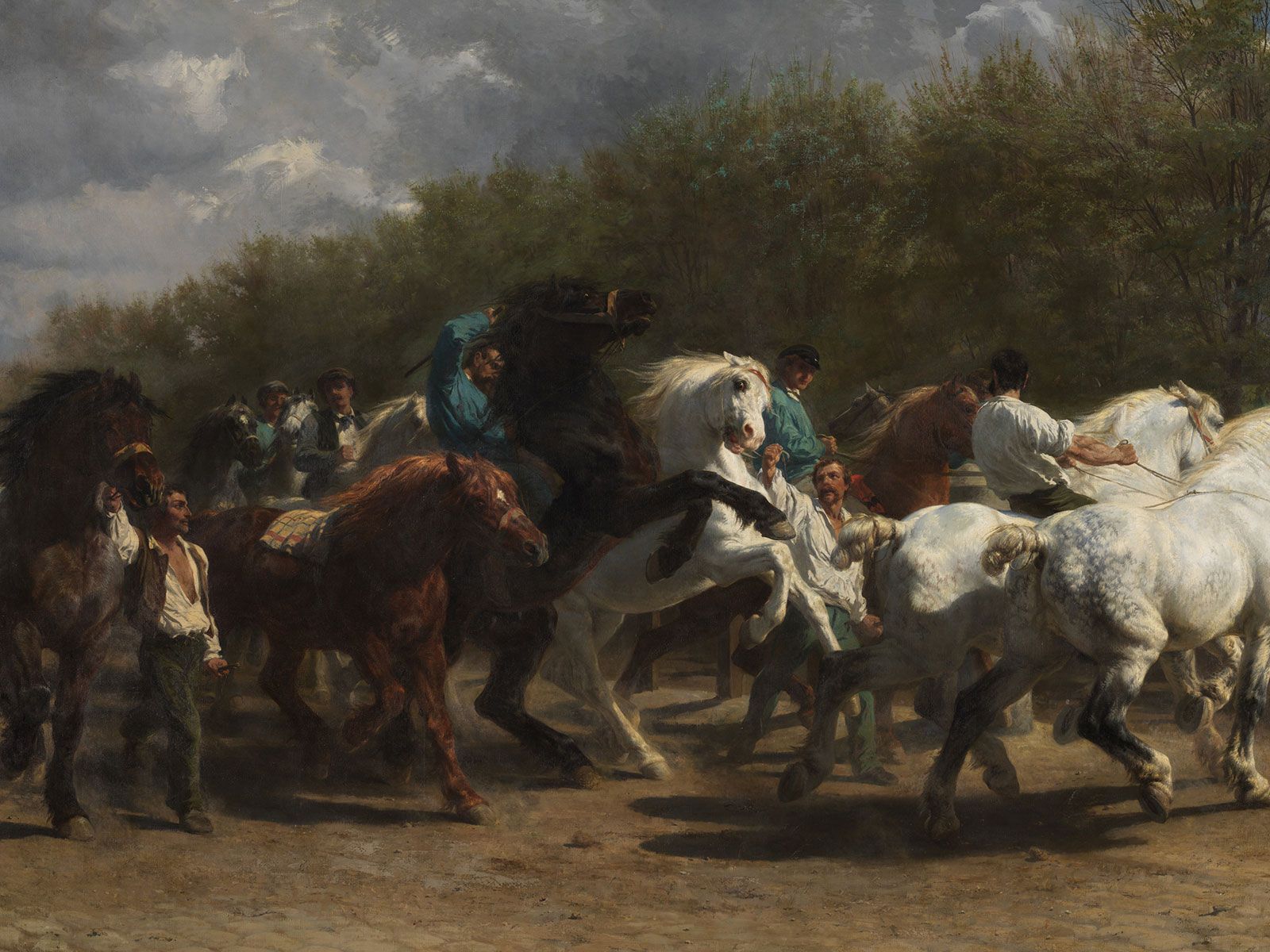 When Did Humans Domesticate the Horse?